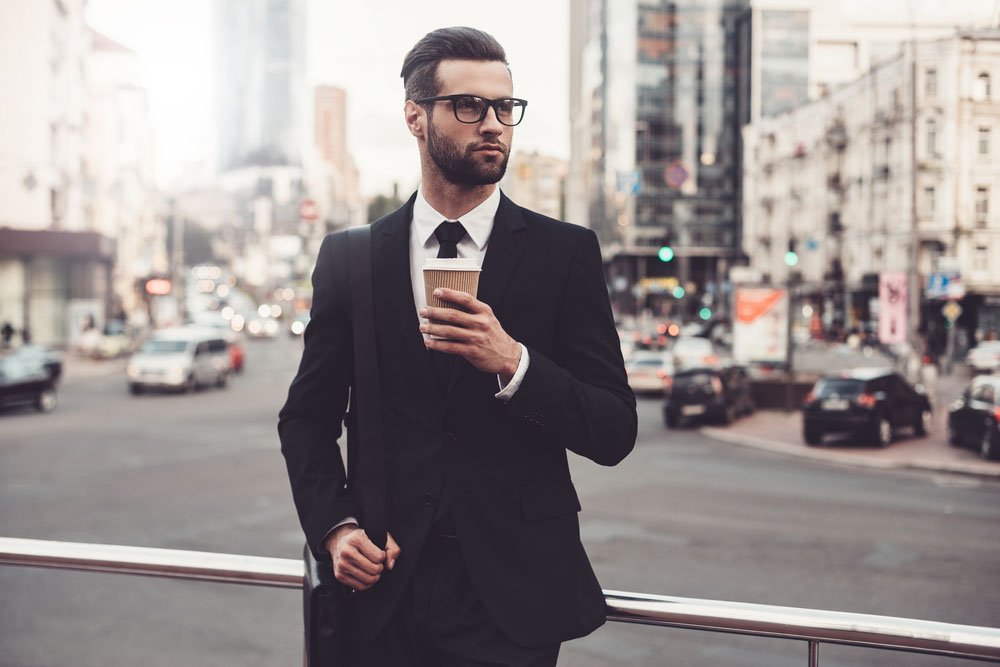 Can ADD / ADHD be a blessing? Ask Gary!

I spend so much time helping clients who are struggling with their ADD / ADHD traits at work that it’s always great to be reminded of the ways ADD can actually help some people succeed.

My most inspiring client this week is “Gary,” an entrepreneur who moved to Asia because he sensed great opportunity there. Although he did not speak the language, he wasn’t afraid of risk. He had confidence that he would be able to build a business in an area that was on the cusp of a boom, and where no other Western company had yet ventured to enter the Asian market.

Gary‘s vision and timing were perfect. But his inability to pull out of ADD procrastination, paralysis and overwhelm were completely undermining him. By the time he hired me as his ADHD Coach in 2010, he was almost broke and ready to give up in despair.

Small changes made a big difference in productivity

Gary’s ADD traits were ones that responded well to relatively simple strategies.

These solutions got Gary going on implementing his business vision in a matter of weeks.

ONE YEAR LATER…  Almost exactly a year after we’d last talked, Gary contacted me again. What a difference! Exuding confidence, Gary was now recognized in the international press as an expert in his consulting field. He had several lucrative contracts from US and European companies and was able to provide for his family quite comfortably. He was ready to take the next step to hire several Asian professionals to work for him.

Where Gary is today

Gary resurfaced again recently in 2012 and it was so exciting to hear how far he’d come! He anticipates being a million dollar company within two years. He’s been invited to speak at conferences, gets requests for business proposals every week, and had the luxury of turning down a major client because the work they wanted him to do was too “boring. ” (I think Gary found that to be the ultimate sign of success!)

Over the last few weeks, I’ve worked with Gary primarily as a business coach as he launches an important new phase in his business.

Despite his thrilling rise, Gary was still disturbed and anxious about the way his ADD  influenced his life. Most days, he spent more hours procrastinating and wasting time online than he actually did in working.

But once he finally did begin productive work each day, his hyper-focus and creativity was phenomenal. He could produce, in just a few hours, what most people would do working full time for a week! Although Gary continued to be frustrated with his inability to knuckle down and work consistently, his results were quite impressive.

So, is Gary’s ADD a curse, or a blessing? His procrastination and inability to focus consistently certainly keep him from getting as far as he could. But, he may never have had the vision and the guts to do what he did without his ADD. His creativity and abilities on so many different levels allowed him to do alone — on a shoestring budget– what anyone would assume was at least five people working full-time! That kind of creative hyper-focus and multi-tasking is probably also a result of his ADD.

In fact, when I read interviews with wildly successful entrepreneurs who describe what they did to build their business, I often think “he must be ADD”… and sure enough, they often mention that they are!

What traits or abilities do you have that you’re really proud of? How far could you go if you focused on those strengths? Please comment.

I feel more and more dysfunctional… so all my exceptional strengths are undermined.

The dysfunctionality stems from habits that can be changed. Don’t lose sight of your gifts!

What better example than yourself Bonnie! I think you have very succesfully made your webpage and blogs and are now inspiring a lot of ADD people! Good for you and Thank you!
Krytzia

I can be extremely productive, often accomplishing in a few hours what most people would do in a week, similar to Gary. But I get extremely depressed when I consider what I could accomplish if those few hours could actually be extended to a full week. I find I give in to ADD rather than take advantage of its hyper-focus traits, and beat myself up big-time after the fact.

These bursts of hyper-focus make for a completely inconsistent workflow. But due to my project schedule at work, I’m the only one who realizes it, because at the end of the day (or week), I’ve still produced, sometimes above and beyond what was expected. It’s just that I know what I’m truly capable of, and constantly let myself down.

Mark, you’ll like my “Productivity Engine” course coming up next month. It was made for you! I will teach how to take advantage of the way your own hyper-focus flows so you can work with it. In the meantime, pay attention to what time of day you are most inclined to do certain kinds of work, and plan your day around that.

I’m not afraid to try new things but I dont plan them out thoroughly and get in trouble. Get overwhelmed easily .Have so many idea’s but can’t express or write them down…I can see it….I would have loved to do the seminars that you offer but don’t have the finances to do so….I know I just need to invest in myself..but find it hard to justify..I spend more time trying to help everyone else…My husband gets so upset with me and he has reason too..He’s working away now so is gone all week and would like to get something going…I have 2 cabins I rent but needs more publicity and don’t know where to begin…I depend on my daughters to help but they don’t have the time.I have a account on facebook and am on craigslist which my daughter handles..I need to learn for myself…see here I got carried away …sorry…Carolyn

Carolyn: When you don’t know where to begin, imagine yourself beginning anywhere, and then visualize what would be standing in your way. Then keep on mentally working backwards (or writing it out helps!)… until you can’t think of anything else you would have to do first. That is probably your starting point.

Kudos to Gary,
I have ADD as well and can really relate to procrastination, it being hard to sit down every day at a homme office and be productive.

As well I lived and worked in many nations in Asia and actually prefer it in ways to Canada. For one the cultures are different and fascinating which helps me to stay focused and I like it that is always something new for me to experience. My dream is to assist companies to enter and succeed in Asia markets. With some good old hard work and some luck I hope to be a frequent traveler to Asia. In Asia it’s just as important knowing what not to do as knowing what to do.. I think ADD’s who are more likely to think outside of the box and see things differently can do well in Asia.

ps. My Asia work and residential experience was in Korea, JApan, Indonesia, SIngapore, VIetnam. Some the fastest growing countries in Asia.

Douglas, you sound like you have a strong vision, and a great deal of insight about your Asian market. I’d love to coach you if you reach the point of wanting to move forward more quickly.

I wish I could present “Gary’s” story in more specific detail, but I must protect his confidentiality. (Gary isn’t his real name.) I would love for the day to come when Gary will say proudly and publicly that his ADD is responsible for much of his achievements, once he learned how to work with it.

This is wonderfully timely! I seized upon the idea of creating a music festival in my area of the world, have generated lots of interested but now that that nitty-gritty is facing me, I am paralyzed and overwhelmed. I am well aware of needing that long lead time. My music festival will be in May 2013 but I keep in mind that I will need all that time to create it AND have it not be a nightmare to plan. Thank you for this blog entry!!

Mary Ann, if you haven’t already done so, click on the PROCRASTINATION TRANSFORMATION button on my website for some training to help you recognize the cause of the “paralysis!”

I will! Thank you.

I read about your work and ADD course. My biggest issue with work performance is distractibility and impulsivity…not focusing on my work. I work from home but this was an issue when I worked in the office too. I wonder if this course addresses this sufficiently or would I be better off with one on one ADD coaching? I think I need help generating enthusiasm for my work. I feel much better when I am focused and when I know I’ve done my best at the end of the day. I’m considering a career change for tailored to my passion and strengths also. I recently started exploring this after years of contemplation, complaints and indecision.

Thanks for your feedback,

Lisa, my upcoming Productivity course will address distractibility somewhat, but that will be just a small part of the course I’ll be giving on Productivity in the workplace. There are so MANY elements that go into being productive. You may want to consider private coaching for a more in-depth tailoring of the solution to improving your own focus. Coaching could help you crystallize your decision process about a career change as well.

I am an artist and lack the business skills to market my work, as well as complete the other aspects that a business needs. I don’t know what to do, I want to be a well known artist but don’t know how to get there.

Rachel, there are numerous newsletters, blogs and forums online for artists on the business of art, and they’re free. All you need to do to find them is type your question into a search engine. One good daily newsletter on Art Marketing is Fine Art Views by Clint Walker.

There are also step-by-step books for artists to create a business. If ADHD traits are standing in your way of following the advice (poor follow-through, overwhelm, procrastination, etc.) then an ADHD Coach would best help with that. For individual advice on what to do, look for a business coach that specializes in working with artists and creative people.

Any business requires some investment, and coaching to help launch your business is tax deductible!

(OK, I can’t turn down this opportunity to plug my art website!)