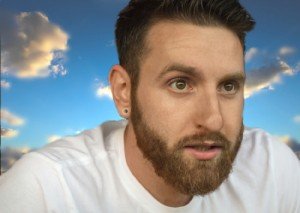 Do you feel the need for approval or permission in order to move forward with confidence?

Waiting for Permission is one of several “waiting traps” that tend to hold people back. It can be particularly insidious for ADD / ADHD Adults.

When you wait for permission, you assume that some sort of unofficial “ok”  is needed before you can do something that would benefit you.  It’s the need to feel assured that you’re “allowed” to step outside the lines of convention.

I’m not talking about official approval, such as getting permits or professional licenses that may be required. This kind of Permission is more about unspoken rules. They may be what “everyone” follows without question, or perhaps they are just your own assumptions. They may not even be true!

Here are three different ways you might be unconsciously waiting for permission.

Are you unconsciously waiting for approval from people you love, or whose opinion you value?   As an ADD / ADHD Coach, I often work with clients who feel stuck in a need to live up to others’ expectations. They often don’t realize how much their own judgement has been shaped by how they were raised. Sometimes they feel like a failure because they persist in trying to succeed in a profession where they have no interest and little talent.

Mark had recently earned an MBA in Finance and was utterly depressed at the thought of getting a job in the financial industry. He loved to write, and had always craved to work in journalism, but knew that would never have earned the respect of his father, a Wall Street executive. In his competitive family, the kids were expected to graduate from a top school and make as much money as possible.

As long as Mark remained in the mind-set of needing his father’s approval, he would never have the confidence to live life on his own terms.

While it’s true that some professions have particular requirements for entry, a great many do not. An example is the technology industry, where the only hard and fast requirement is skill and ability.  Tech billionaires Bill Gates, Steve Jobs and Mark Zuckerberg dropped out of college to pursue their idea and do things their way.

I’ve studied under a highly successful self-made marketer who proudly tells of his immigrant journey, landing in America with no money and no education. He became wealthy because he ignored the rules, figured out what worked, and created a system to teach others. Corporations now pay him thousands of dollars to advise them. The only credentials he needed was his proven expertise.

Educational credentials aren’t the only kind that people concern themselves with. Another kind of credential is age. Who says you can’t go to law school in your 40’s?   Why not start up your own business after 65?

This kind of needing permission involves holding yourself back due to custom or unspoken rules of behavior.

You find it sometimes in certain professions:

On the personal front, you might be influenced by fear of social disapproval.  it wasn’t so long ago that finding a date through personal ads was considered by many to be a sign of desperation, not something that you would admit, even to your friends.

What’s holding you back from pursuing your dream? Do you really need approval?

If the old rules don’t work for you, who says you can’t create your own?

73 years old and still waiting for permission. I’m done waiting. I’m taking a deep breath. I know the world will not stop spinning if I say no to some family members. What a concept. Thanks.

Fran, I’d love to be a fly on the wall and hear that conversation. Go girl!!

I had no idea I was doing this.

Thank you for opening my eyes. 🙂

Yeah, isn’t it funny how hard it is to see ourselves? Keep those eyes open and GO for what you want!

WOW – Was that needed today. Thanks for the wake up call. I’m starting a business right now and have been in a stall.

Good for you! I’d love to hear more about it here.

Entrepreneurs and ADD / ADHD Adults have an almost identical profile. If you’d like to consider business coaching, check out the coaching page and contact me for a complimentary consultation.

I could never put my finger on why I seek permission from others to make decisions as an attorney, even though I’ve been practicing for 10 years. Very early on in my career, I was admonished by a superior for doing mundane things without consulting with him first. I now realize why that instilled fear in me and how much it is holding me back. Thank you so much for the insight.

It’s amazing how one remark in an impressionable stage of life can create lifelong effects. I bet a lot of people would be shocked to hear how something they said (and probably forgot about!) had major repercussions on the person they said it to.

Now that you realize what started you holding back, the trickier part is to CHANGE that HABIT! Here’s what can work: Every time you catch yourself doing this, write it down! You can start a document where you record each of these instances. Write whether or not you succeeded in breaking the “hold back.” The act of writing it will start working on your unconscious brain in a way that just mentally thinking it will not. Good luck!

Please allow me to share something 🙂 May I? At school I was taught to request permissioneven to pee. Then, I needed not just permission but an enthusiastic approval for anything: to have a haircut, for example… if not, something bad could happen, and I don’t mean a bad haricut, but being robbed in my way back… I am now a mid 40s teenager or defiant-tired-spoiled and frustrated child, just diagnosed with ADD, OCD and mayor depression, caused by the former, apparently. Now I feel I need not permission to sue all former psychiatrist whom I told I suspected I had ADD, and said I didn’t. The name is to blame… if they had just heard Rusell Barkley… If I had just googled my life back, instead of spending my earnings in uneducated quacks!

I was 59 years old, waiting for a compliment from my aunt on some work I had done. When it didn’t come, I finally said something. It had dawned on me that I sought my family’s approval and praise, and never got any. I hadn’t lived near them for 35 years and seldom visited them. I was forced to when my mom ended up in a nursing home with Alzheimer’s and I had to become her guardian. Instead of feeling good from the visits with family, I would feel hurt, wounded, angry, and/or empty. After realizing that I was losing out on a lot of what I wanted to do by throwing in the towel when I didn’t get their praise, or someone else’s I sought (such as a teacher’s), I decided I would forge ahead in the direction I wanted to go and would no longer value myself based on what they said or didn’t say.

Good for you… 59 years is long enough to wait. Consider your epiphany a pre-60th birthday present for yourself!