One glance at his planner and Alec realized he’d done it again.
He over-promised, over-committed… and now he was over-booked. 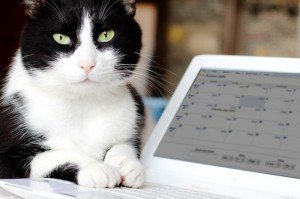 This weekend’s schedule was crammed as usual, full of commitments that couldn’t possibly be fulfilled.  Alec was accustomed to starting every Monday feeling like a failure for not being able to do everything he had planned.  But since enrolling in an ADHD training program,  he began to deal more thoughtfully with his calendar.

Looking over his planned weekend activities with true consciousness for the first time, Alec was shocked.  He wondered how in the world he had promised to re-grout the bathroom, teach his neighbor's son basketball, help his daughter study, rehearse with his theater group and deliver a major proposal to his boss by Monday morning.

What had he been thinking?

That was the problem.  Alec had NOT been thinking.  He was too caught up in pleasing.  And he now realized that he had been doing that for as long as he could remember.

Like many people with ADD / ADHD, Alec was a “Pleaser.”  Through a combination of jumping to volunteer to help, and being afraid to say no, Alec typically ended up with a never-ending list of obligations and promises.

By trying to squeeze in too many tasks for too many people, Pleasers are unable to achieve their own goals.  And they often haven't left enough time to follow through on the commitments made to those who matter the most — their own families.

The sad irony is, that by committing to doing so many things that can’t be done, inevitably Pleasers end up disappointing instead.

Once you acknowledge that you’re a Pleaser, to the detriment of yourself and others, how can you stop?

Imagine an eager puppy dog whose tail never stops wagging.  He wants so much to be liked, to get attention, to please everyone he sees.    He lives to stroked and told he’s a good dog.

Now consider the typical pet cat.  The cat is confident and secure that her family loves her simply for her purr and soft coat.  Some visitors to the house may dislike cats, but the cat doesn’t concern herself with those people. She knows her priorities.

You’re a person with needs of your own.   It is not your purpose in life to meet everyone else’s expectations at the expense of your own self-respect and peace of mind.

Do you really want to go through life as a puppy dog, desperately begging for approval?

Transform into a Confident Cat with one Powerful Phrase

There’s a simple phrase that is used automatically by organized and busy people everywhere.  It has the power to restrain your Pleaser instincts without giving offense.

Before committing to anything, say:


“Let me check my calendar and get back to you.”

Are YOU a Pleaser who over-commits? What will you do to stop saying “yes” so often?

bonnie- you have nailed it! i will link to this and do a post on it too.
thanks
doug

I was just about to go to bed when I saw your email! I’m so glad that I didn’t! I love your blogs! They are always so helpful and spot on!

I hate to view myself as a pleaser, but I know that I am. This article gives me a visual reminder of what I don’t want to be and how I do want to view myself. I can actually visualize a cat walking about confidently with its tail high in the air, lol. I realize that I overcommit because I want to be viewed as competent and feel pride in being asked or trusted by others to do things. Then I look around and see everyone else calm and relaxed while I’m frustrated and stressed and there’s no one to blame but myself! I will definitely use your line and not feel guilty about it. Now if I can just remember to actually check my calendar and get back with them.
….

Kimberly, thanks for your insight about exactly why you over-commit. Being seen as competent is a wonderful thing — don’t knock it! The nice thing about “checking your calendar” is it makes you appear even more competent.

It takes a long time to learn to say “no”! I love your idea and have also started to use, “I’m sorry, I already have plans!”

Excellent response when you KNOW the answer is “NO.” Then hope they won’t ask you for a date far in advance.