When ADHD Reaction is the Problem 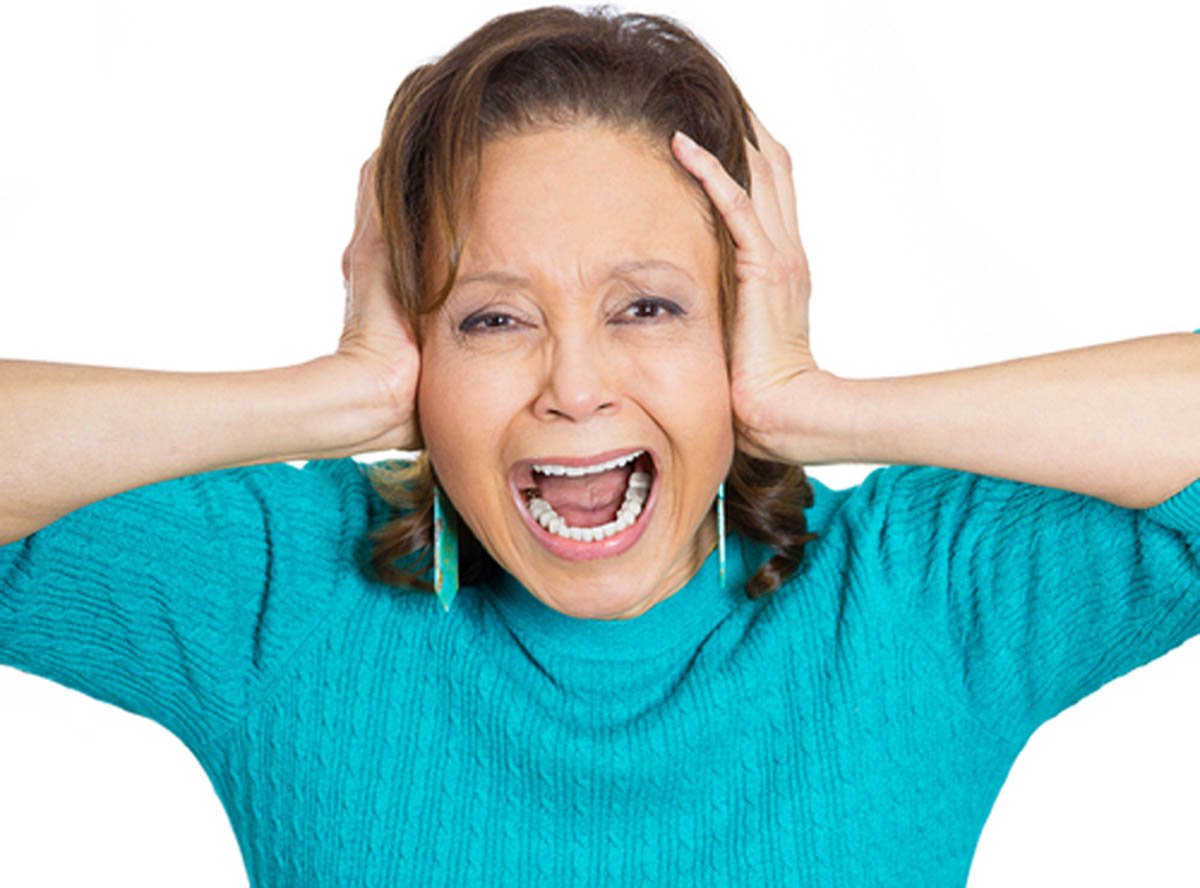 Who is talking loudest inside your head?

Imagine you have a number of different characters living in your brain.

One of them is STEADY EDDIE.  You wish he would stay in charge, but he's sometimes overruled by more dysfunctional characters who derail your intentions, screw up your day, and generally create chaos in your life.

Which of these characters are strongest will vary from person to person.

Why Identifying YOUR Characters Matters

Since your characters determine how you behave and react, understanding them is crucial in choosing the right strategies to deal with your ADD / ADHD.  You need to be able to quickly identify who’s in charge of your brain when Steady Eddie has left the building.

It's the REACTING character that determines whether or not a solution will work for you!

Ashley and Justin each have ADD / ADHD. Both of them have a strong Disorganized Derek residing in their brains, creating a messy desk.

ASHLEY:
When faced with the prospect of cleaning up her messy desk, her Whiny Winnie wails, “I don’t feel like it. Cleaning up is boring!”   Whiny Winnie is a major player when it comes to procrastinating on boring tasks.

JUSTIN:
For Justin, the thought of starting to clear up his desk brings out Overwhelmed Oscar.   He doesn’t know where to start, and he can feel his brain shutting down just looking at the desk.

With ADD / ADHD, we really don’t have time to waste on the wrong solutions.

Giving Ashley a step-by-step guide to help overwhelm clearly won’t help her if her real issue is boredom.   Likewise, showing Justin how to make desk cleanup more entertaining won’t help him get started as long as he’s overwhelmed.

Who's living inside YOUR brain?

TAKE THE QUIZ: "Who Drives Your Bus?"

Have you ever tried to apply a solution appropriate for one character, when a different character was actually in charge?

What a great idea! Reminds me of deBono’s 6 Thinking Hats. Very useful concept. Now if I can just remember to use it. 🙂

Bonnie, I’ve posted a link to your blog on our new Denver Adult ADHD group that is forming. Any further comments about the ADD Characters there would be very welcome! On Facebook it’s http://www.facebook.com/DENVERADHD.

Thrive with ADD reminds me of a book I like a lot, Martin Seiligman’s Flourish. I say that’s the ultimate goal, we recover, start, grow, and flourish. Recovery without flourishing is dead.

Flourishing is a lovely word. We don’t ever “recover” from ADHD. We either learn how to flourish and thrive with it, or get pulled under!

There are SO MANY characters operating within me at any given time--fueling each other, conspiring, all trying to grab the wheel at once—that it’s amazing I haven’t had a multi-car pile-up. Oh wait…I have. Many times a day. Sigh.

Overwhelmed Oscar, for instance, doesn’t even know where to start in writing this response, because he sees so many possibilities, complexities, complications…how can he possibly identify who is instigating, who’s the main culprit in reacting…before brain fog sets in?

So I shall attempt to do that for him and the others, including some characters not mentioned in your article…

Sure, Disorganized Derek misplaces and doesn’t put things away, but, as Critical Calvin and Overwhelmed Oscar constantly say, in a continuous loop, there is just so much to organize, so much to get done, so many steps to any given task, and not enough time allocated for each, if it was allocated at all, and in every area of my life. And why am I so late, so far behind, so achingly slowwwww–especially at an age when most others have their lives and careers well-in-hand?

Impatient Iggy, ignores all this, as well as any plans that might have been in place, and starts in doing something, winging it, which is great until he hits a snag. Then Perfection Polly takes over, in collusion with Hyper-focus Harold, who gets lost in whatever activity he’s doing, to the exclusion of all others, even critical ones, though he might have gotten into those other activities just as well had Rutty Ruth, who avoid transitions like the plague, not ignored all the alerts and reminders set up for those other activities.

There also might have been more time, and more accomplished, had Overwhelmed Oscar and Rutty Ruth not tugged at Whiny Winnie first thing in the morning, then she didn’t feel like getting started so stayed in bed a few extra hours (Rutty Ruth kept hitting the snooze alarm), and once she does get up, only feels up to doing the crossword puzzle, with Critical Calvin nagging her the entire time that she should’ve exercised, meditated and showered, eaten something healthy, but since she’d overslept there is no time for those.

Overwhelmed Oscar joins the rant: I’m late with writing assignments and projects, marketing, networking follow-ups, planning for upcoming events, the house needs a bunch of repairs, some of them urgent, I need to help my (ADD) daughter organize for trip abroad in 1 ½ days, start my son on the house project he agreed to, to keep him from playing on computer all day, but getting him started means gathering tools and showing him what to do, and he’s already on the computer and arguing about getting off, and I still have the taxes to do (which I took an extension on), and I don’t want to bother my husband with any of this since he already does so much cooking, cleaning, stuff with the kids and the dogs AND works full-time at a soul-sapping job, and the house needs vacuuming, which is triggering allergies, which makes it harder to think… I should exercise because that really does help but there’s a bin of medical tasks and bills to organize and take action on, and a bin of mail, and friends in crisis, and friends I’ve been promising to get together with, or call, or write, and the dogs needed training…and…and…and…

Julia Cameron, in THE ARTISTS WAY, suggests revising our negative blurts into affirmations. Revising “My writing will never amount to anything” into “I am a successful writer.” That is my thought here. Rather than dwell on all the anti-heroes and giving them air, I want to focus my energies on my heroes. For now, just one: the successful cousin to Impatient Iggy: ACTION AMY. She gets going and gets things done. No time now… Action Amy is raring to work!

Lauren, you ARE a brilliant writer! Thank you for your wonderful contributions to the cast: “Perfection Polly” and “Rutty Ruth.” And we all would do well to bring forth an inner hero such as “ACTION AMY.” She’s more inspirational than Steady Eddie any day.

I have a lot of these characters in my head and I need help getting started and sorting things out. Is this something that I can work on myself since I cannot get any medical professional to recognize that I have ADD?

Absolutely! You don’t have to have a formal diagnosis to benefit from strategies that help people with ADD / ADHD. A medical diagnosis will allow you to get medical treatment, but that won’t necessarily help you get started and become better at sorting things out. Those challenges are ones that ADHD Coaching can help you with, in learning how to develop personal strategies.

My training program, “Procrastination Transformation,” will run again LIVE this Fall and is all about helping you get started. Also, that’s what I work on with private ADHD Coaching clients.

First I wanted to thank Lauren for her desciption of my life! : ) Not only was it entertaining, but it’s so helpful to realize that things like waking up and leaving work are just hard because I avoid transitions!

Also, like her daughter, I happen to be leaving for a study abroad program myself in a couple of weeks, and I wonder if I could get some advice on steps to help me get organized. I just moved out of my dorm room and into my mom’s guest room for a month. I have boxes and suitcases piled all over and I need to sort through stuff and put most of it in storage. But I also need to find everything that I want to take with me when I leave (and decide what that is, although that’s not so hard for me) and then it all has to fit into 60 lbs of luggage. Any help with breaking it down into less overwhelming steps?

I love mind-mapping for capturing your thoughts and nailing them down — it’s those millions of thoughts swirling randomly around that creates overwhelm. Quick suggestion: Write down the major steps you can think of to break down this organizing task.

Here are some examples:
1) Identify and write what you need to take abroad.
2) Identify what is in each box and label the boxes.
3) Go through each box that contains relevant items and pull out what you need. Gather everything you’ve pulled out to take abroad in one place to sort through. Repack everything else back in the boxes.
4) If there’s too much (there probably WILL be!), take time to edit it down — get help and advice while you do this. Choose some criteria to guide your decision, such as considering “can I buy this item abroad?”
Good luck!

Can you recommend any good resources for partners and parents of people with ADHD?

Melissa Orlov is an excellent resource for information about ADHD and relationships / marriage. http://www.adhdmarriage.com Try CHADD.org for local parenting resources. And of course, typing your question into google will bring up people who write about these topics online — a good way to find resources.