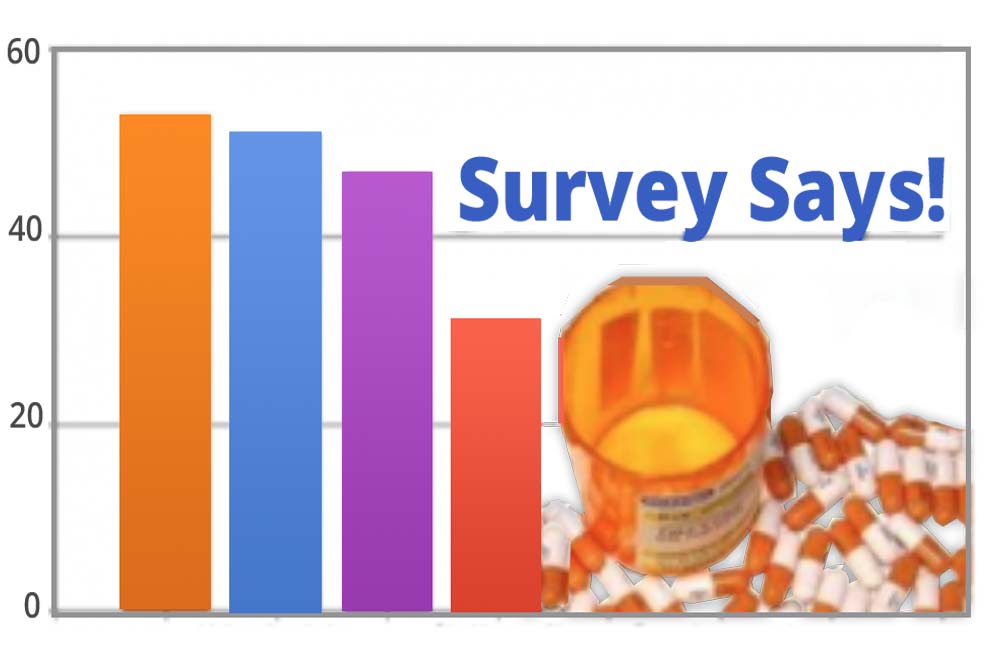 Last month, I put out a survey to my readers about Adult ADD / ADHD diagnosis and treatment. Wow! That survey got one of the biggest responses I’ve had (second only to “Work Challenges!”)

I wanted to know the facts about what people were experiencing in diagnosis and treatment of Adult ADD.  But I also was curious about the feelings involved. How did you feel when you were diagnosed? What impact has treatment had on your life? How much can you open up about your ADD to others?

I’ve summarized the survey results, and got a few surprises!

Often people wonder about the seemingly “informal” way their doctors diagnosed their ADD.  Most commonly, doctors have you answer particular questions to determine if you fit an Adult ADD / ADHD profile.  The diagnostic process for almost a third of the people had them filling out a questionnaire, and 29% went through a full battery of cognitive tests. Another 19% simply answered questions the doctor asked in the office. Only 2% had a brain or spec scan.

Among the survey responders, 37% were diagnosed for ADD / ADHD in their 40’s, with 23% not diagnosed until their 50’s. It’s quite common to only start suspecting ADD / ADHD after your children or grandchildren are diagnosed.

I really wanted to know how people felt about their ADD / ADHD diagnosis.  More than half felt validated or relieved. A third also felt sad about the years they lost.

Most (70%) were comfortable with others knowing about their ADD / ADHD.   However, 21% kept it hidden from all except closest friends and family, or didn’t tell anyone.

Only 10% said they felt “ashamed to have a disability” when they were diagnosed. But there were significant differences between those who were ashamed, and the respondents as a whole. Compared to the entire group, the “Ashamed” group was:

Sadly this means that those who felt shame were more likely to feel isolated and alone, unable to talk about their struggles – which would tend to make the shame feel even worse.

Depression was by far the most commonly diagnosed co-occurring condition, followed by Anxiety Disorder. But only about two-thirds of those diagnosed were receiving treatment. Based on comments, many believed they were misdiagnosed with other conditions that were actually ADD / ADHD.

Sleep Apnea was diagnosed for 13% of people with ADD, but only 7% were being treated for that. This is significant because lack of good sleep makes anyone’s ADD symptoms worse. And many people with sleep apnea don’t realize they have it, so there are likely many more people out there who should be getting help.  (If you feel chronically sleepy during the day, check it out!)

More than half the respondents take medication for ADD every day, and most of them take stimulants. About 70% reported positive results, with the highest number stating: “It helps a lot in what I have to do; I can focus whenever I need to.”

Most people feel fine about taking medication for their ADD / ADHD.  But more than a third take it begrudgingly, or feel like it’s a “crutch.”

I was surprised to find that almost a third of those who had been prescribed medication are no longer taking it. That number tied in with how people felt about their medication experience. Only 11% couldn’t tell that the medication make a difference. Others commented on their difficulty finding an appropriate doctor to prescribe, their lack of insurance coverage, or their feeling that the meds didn’t work as well as they used to.

The good news: 69% were comfortable talking with their doctor about their treatment.

The bad news: 12% felt their doctor didn’t really know much about Adult ADHD, and 5% believed the doctor wanted to just write their prescription and be done as quickly as possible.

The REALLY bad news: A full 20% had their belief about being ADD/ ADHD dismissed by a psychologist or psychiatrist! And many stated they were given quite ignorant reasons for the dismissal, based on completely erroneous assumptions and beliefs about Adult ADD / ADHD on the part of the professional.

There were also a number of incorrect “Depression” diagnoses that were actually ADD, but the doctor refused to believe it.  This is scary stuff!

Questions for an ADHD Psychiatrist:

People submitted an enormous variety of questions! Click here to read them, and to see the full Survey Results.

And since you asked such great questions….  SAVE the DATE:  Thursday, April 25, at 9:00 PM Eastern, to participate in a “Dialogue with the Doctor!” I’ll be interviewing a New York ADHD Psychiatrist to ANSWER your questions!

Watch your email for details.

bonnie
this is a great post, interesting results. i will link to it on my blog
thanks
doug puryear

I would like to ask the dr a question regarding the fact that I cannot take a anti-depressant medicine for my add and I’m having a hard time getting a doctor to want to write me a prescription for a stimulant because of a past of opiate dependence and marijuana use and I truly need something to help with unmanageable symptoms. Ive done my research and my affinity to drugs may actually be another symptom of my add /adhd and I want my doctor to understand this and give me a chance as I feel it will help me. I want to go back to college to become a pediatrician, but I won’t try without my symptoms treated cause I will fail again.

So my question is do you have any suggestions on how to ask my doctor and give her the information she needs to make the decision to give me a chance. I have a support at home my wife will do med counts and give me my meds as well as I will take Concerta or a new Ritalin patch, whatever is needed to make it a med with a lower abuse potential. So I know I will tell her that but I don’t think it will be enough. Please help — I want to go to school so I can work and help support my family.

My other question is I suffer from panic disorder as well and I know some of my problem is I cannot slow my brain down from thinking about a hundred things at once so if I treat my add/adhd symptoms would that help my anxiety disorder.

Sam, thanks for writing! Those are indeed great questions to ask a doctor. Studies have found that ADHD adults with former substance abuse problems are LESS likely to abuse drugs and alcohol when they are on prescribed ADHD medication. And the newer drugs like Vyvanse and Strattera are designed to inhibit abuse potential as well.

You should be able to be successfully treated for both ADHD and panic/anxiety disorder. The key is to find a knowledgeable doctor who is highly experienced in treating both ADHD and co-occurring conditions.

Somebody essentially lend a hand to make seriously posts I might state.
This is the very first time I frequented your website
page and up to now? I surprised with the research you made to create this particular put up
amazing. Fantastic process!